Things are going well. We have met some great people up here and Ana's treatment is going great!

Today the girls were extremely bored and asked us to take them to a mall to walk around. We used google, found a mall, and off we went. Once we arrived, the girls were bummed because it was an "outdoor" mall... and of course when you are from our town, outdoor mall = outlets, which to my kids equals no fun. lol

I told them to give it a chance and they might just have some fun! We started walking around and they found a Barnes & Noble... after a half hour or so in there they were ready to explore some more. We ventured back outside and they found a good ol' fashioned telephone booth! 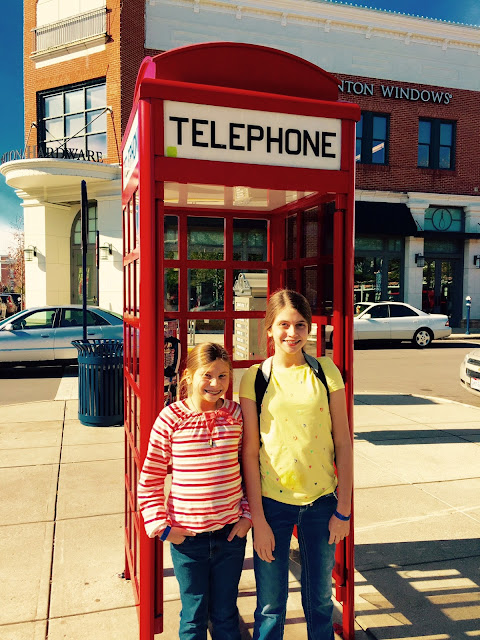 Not long after that they found a massive Christmas Tree!!! 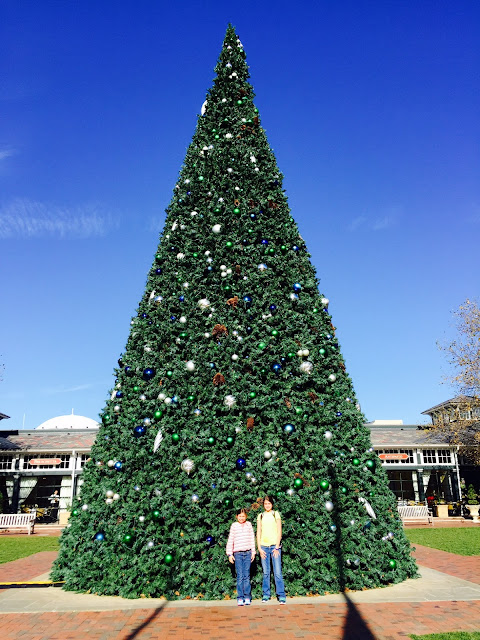 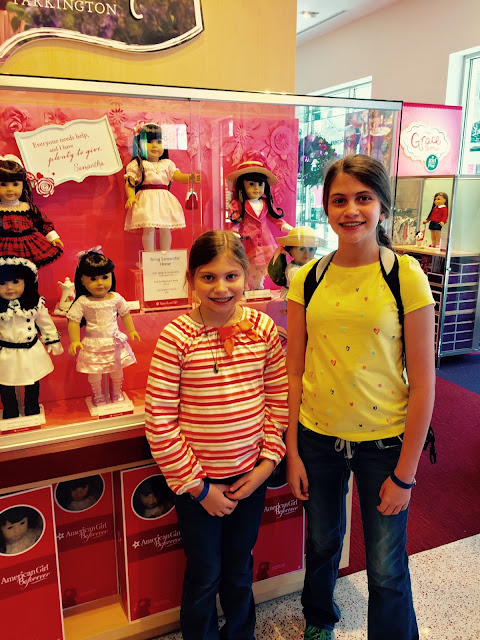 They were so excited to look at everything. They haven't ever had an American Girl doll... but they have seen the movies, read the books, and looked through the catalogs! They knew what this was all about and they were super happy to be in it! We explored every nook and cranny of that store... they spent well over an hour looking at everything. They chatted about which doll they would pick if they had the money to buy one. They picked out accessories that their dolls would need and outfits for every occasion. They had so much fun!
I felt bummed for them... it's every little girl's dream to go into an American Girl store and pick out your very own American Girl doll! After about an hour and a half I told them that they could get an outfit for their "off-brand" dolls at home. They were so grateful to be able to do that. Ana knows the financial strain of being sick and having to travel... she thought about it and said, "mom, it's ok if we don't get anything." She's so considerate... she's always thinking of others first... her motives are always so pure and God is continuously blessing her.
As we were finishing up this adventure, an employee asked the girls, "If you could have any American Girl doll, which doll would you pick?" Ana responded, "Grace" and Sage said, "Josefina."
And a few minutes later the unthinkable happened!
God chose to bless her beyond what she thought imaginable. He used the special people at this store to bless her and her sister with their very first American Girl dolls! I think we were all in shock through the whole thing! It was almost unbelievable! Ana and Sage just couldn't believe that these were their very own dolls! 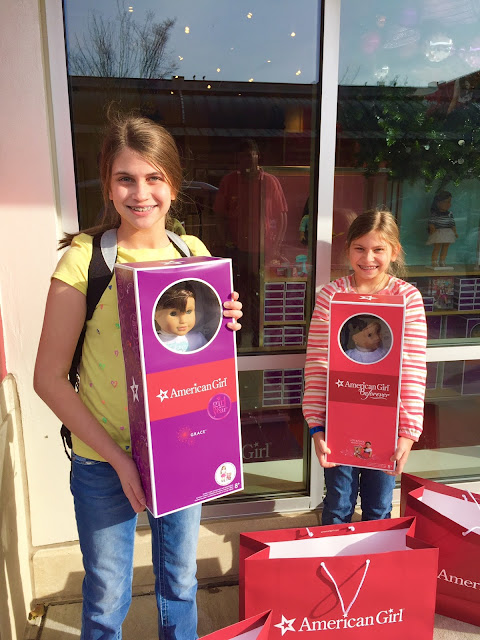 As soon as we arrived back at the RMH, the girls wanted to take them straight to the princess room! 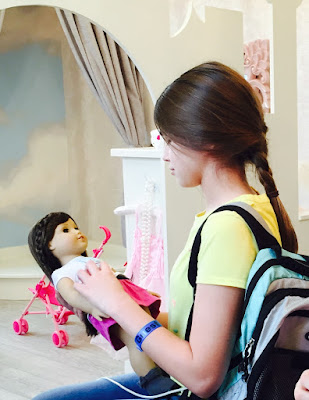 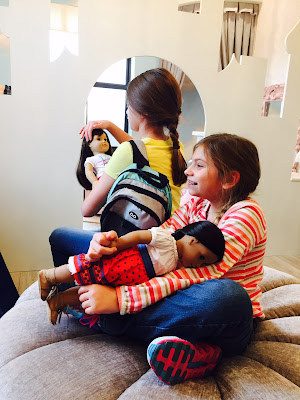 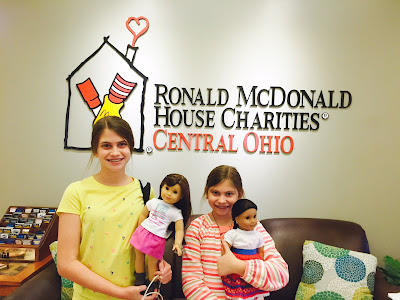 But that wasn't where it ended... some sweet friends took us to dinner tonight and when we returned to the RMH, there was a package for the girls! An American Girl employee dropped off the accessory kits for each of their dolls!
To those of you who made all of this happen for our girls, Thank You! Thank you from the bottom of my heart. They have been smiling about this all day! God's gifts are so sweet and it was so encouraging to see Him bless the girls for their obedience. They didn't whine or cry when they were told that we couldn't buy them the dolls... they were content to just be there.