And to think they (the perinatologists) said she was brain dead... they said her lungs wouldn't mature and she wouldn't be able to breathe... they said she would most likely be a vegetable... they said she would be blind and deaf... they said that abortion was the only humane option... We said NO! NO! NO! We were not Christians at the time, but we knew there was a creator... a creator who would determine her life and her death. We knew that it was not our decision to make. You see, during my pregnancy I had an infection that is labeled as the "silent killer." It is called cytomegalovirus or CMV. CMV can be deadly if a person is infected for the first time during pregnancy and that is what happened to me. There were visible signs on ultrasound of problems and the amniocentesis verified her lung immaturity before birth... for those of you who know about the test, Ana's L/S ratio was 1.8... not good. They decided to go ahead with a c-section at 37 weeks and oh how surprised they were!... Ana was not only breathing, she was screaming... she was fighting. Further testing showed that my placenta was negative for CMV and so was Ana! What a miracle!!! The problems that Ana now has are in no relation to the infection I had during pregnancy. The problems from mitochondrial disease did not surface until a little later, and they have gotten worse over time.
Yes, Ana Maria does have a disease without a cure, but she also has life! Ana is the most caring little 6 year old I know. She has a heart for the Lord... she has taught us so much. She loves people and she is constantly telling them about Jesus or asking us to tell them about Jesus. She loves horses... she loves everything about them. She knows her ABC's, 30+ Bible verses, the books of the Bible, and how to add. In the past few weeks she has started reading. She always has a smile on her face. She started the new year with a UTI/bladder infection and then an emergency trip to MUSC this past Sunday because her button got ripped out, but she didn't complain... nope, not once! How does she do it? How does she tote that bag around all day? How does she handle all of the meds? How does she wear those hard plastic braces? How does she handle an enema every single day? I can tell you, because she told me how. She told me, "God might not make me better for a reason." She knows that God has a reason... she doesn't know the reason, but she knows there is one. She also told me, "Jesus didn't come down off the cross during the crucifixion for a reason. He died so we could be forgiven and live forever." She told me all of this 3 months before her 4th birthday... at the tender age of 3, she understood that Christ died voluntarily so that we could have eternal life! Wow... Ana is a miracle... One of God's wonderful creations! Her life was the preparation for my salvation. God was showing me who He was... He was showing me what He is capable of... because of her disability I was searching for answers... I knew something in my life was missing... God sent someone into my life who took me to CBC... He orchestrated it perfectly in His perfect timing! At CBC I received a clear explanation of the Gospel and it is there that I accepted Christ as my personal Savior!
Ana's favorite scripture: 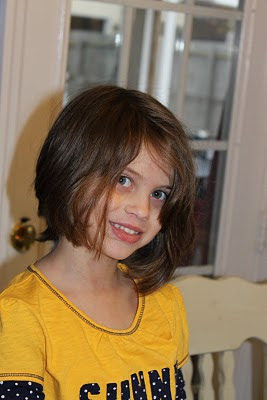 One of my favorites:
1 As He passed by, He saw a man blind from birth.
2 And His disciples asked Him, "Rabbi, who sinned, this man or his parents, that he would be born blind?"
3 Jesus answered, "It was neither that this man sinned, nor his parents; but it was so that the works of God might be displayed in him.
John 9:1-3