I am so sorry for the lack of updates... God was teaching me a lesson. Directly after the last post I was stricken with a horrible eye infection. It was very bad and caused swelling in the cornea of both eyes which severely affected my vision. This all started on the 20th and I am just now recovering. God was showing me that He is going to take care of me... I just have to let Him. I started trying to do things on my own again, and He showed me that my own strength is not enough. He showed me how hard it would be without sight... and when I prayed the infection away, He made it worse. The pain was so bad... all of the eye drops hurt... and then I realized that it was time... time for me to let Him carry me... time for me to stop depending on myself and time for me to refocus on Him. Last night was our first night back at church since the infection began and last night was a night of sharing. It was the first time I had been to a service at our church where anyone who wanted to could share their testimony. I felt God pushing me to speak... and I did. I told everyone how anger can be turned into hope if you know the Lord. God used Ana as a tool that we might see Him through her... because of Ana... because of a terrible incurable disease... because of a friend... because of a pastor who wasn't scared to tell me the truth... because of a wonderful, merciful Savior... we have hope! Our whole household heard and believed! Three years ago I finally understood that the only thing I deserve is death... death on a cross... I finally understood that Jesus paid that penalty in full when He gave His life and rose again the third day! Three years ago I finally understood that eternal life starts the moment you believe... you have eternal life the moment you believe and ask Jesus to be your Savior! It was so simple and yet so hard... up until three years ago, I was taught that salvation was based on works, but now I know through God's Word (The Bible) that if salvation was based on any work that I could do, then Jesus Christ died for nothing! My best works are dirty rags to my Holy God! 1 John 5 tells me that I can be 100% sure of my salvation! No more guessing if I am going to heaven... I know I am because God tells me that whoever believes in His Son WILL have eternal life! (John 3:16) And eternal life is not a thing that can be lost... my God, the God of the Bible, the God of Abraham... my God says that no one can snatch me from His hand! (John 10:28) If you are not 100% sure that if you died right now you would go to heaven, then consider yourself invited to CBC this Sunday! 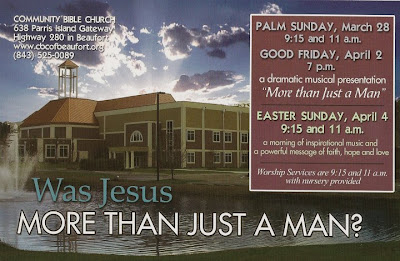 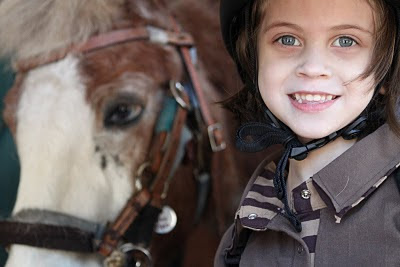